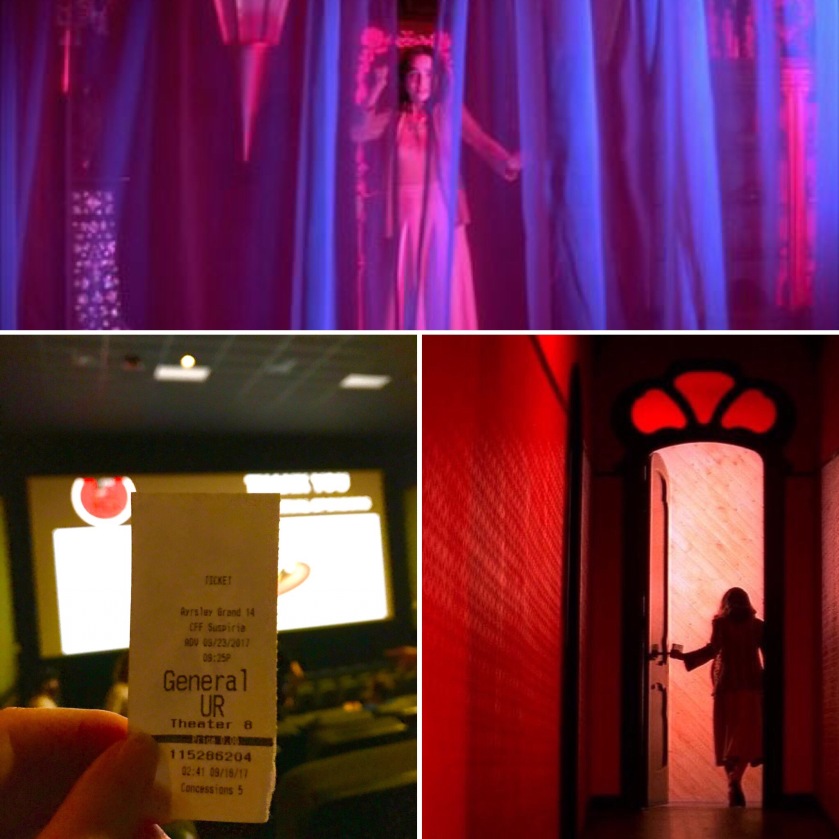 I’ve written before about the many times I snuck forbidden horror movies past my parents thanks to the nondescript cases of VHS rentals, and Suspiria is one of those films. An Italian horror movie cowritten and directed by Dario Argento, it follows an American ballet student who joins a prestigious dance academy in Germany, and discovers its sinister secrets.

I remember watching it with my friends and laughing hysterically at the strangely dubbed dialogue, incredibly saturated colors, and continuity issues (that pesky courtyard breeze!) I didn’t have a huge appreciation for it at the time, just a nostalgic fondness since I discovered it with friends. It wasn’t until I watched interviews about the filmmaking process of Suspiria that I began to see it in a new light.

It turns out that dubbing in lines was common in Italian movies at the time and the vivid colors are the result of using technicolor film, the same used in The Wizard of Oz, and Gone with the Wind. It was used in Suspiria to create bright bold hues, especially red, to give the film a nightmarish quality (it works). I also learned that the soundtrack was composed and recorded by a rock group, Goblin, and the recorded all of it before the movie was even made. Unfortunately, the DVD set that provided all these new revelations also seemed to greatly reduce them in the actual film. The transfer to DVD seemed to mute the technicolor and muffle the distinctive soundtrack.

I was able to catch a screening of Suspiria this past weekend at Charlotte’s film festival, and it was amazing. The film has been painstakingly restored by Synapse Films from the original 35mm film. The four year process,which you can read about here, brings back the stunning hues and howling soundtrack that I remember.

Of course this week’s entertainment rundown had to include a list of other classic horror movies to enjoy, along with the return of many favorite fall TV shows. If you had a choice, what classic, horror or not, would you want to see on the big screen?

Let the Right One In

The Last House on the Left

The Cabinet of Dr. Caligari

The Hills Have Eyes

Children of the Corn

How to Get Away with Murder (ABC, Season 4)

From astronomy.com: About 15 minutes after Venus pokes above the eastern horizon this morning, Mars rises directly below it. The Red Planet shines at magnitude 1.8 — less than 1 percent as bright as its neighbor — though it still stands out nicely against the twilight glow. The two planets will edge closer to each other over the next few days in the run-up to a spectacular October 5 conjunction.

Fresh Off the Boat (ABC, Season 4)

Follow Everyday Strange on WordPress.com
The vultures that spent last winter hanging around my neighborhood are back. They seemed to have retained their ability to come and go with an eerie silence, no rustling of wings or cries to be heard.
🖤🌬
Senryu 60
I love this 🖤
March Mood Board 🖤✍🏻🍀
🖤