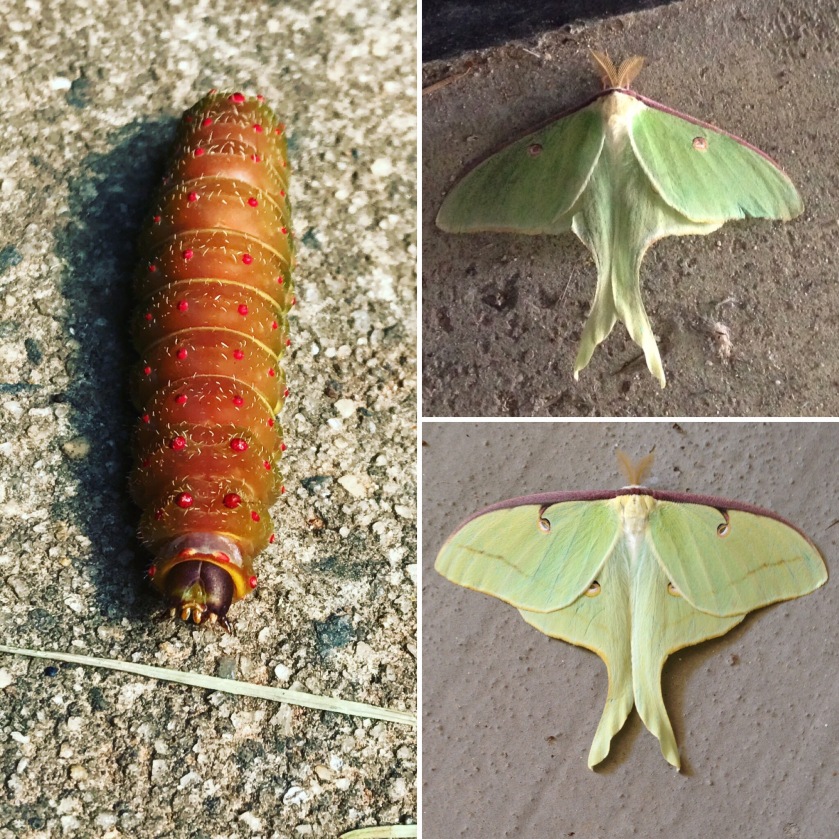 Last weekend while out running I came across a creepy crawler that stopped me in my tracks. A three inch long, reddish caterpillar with pink spots and short white spines, it was like nothing I had seen before. After several google image searches, I was able to determine that it was a Luna moth caterpillar. I’m not normally superstitious, but it felt like a good omen. I spotted a weathered Luna moth outside my door the day I moved from Massachusetts to North Carolina, and spotted a larger, brighter one outside my new apartment a week after getting settled in Charlotte. Seeing the caterpillar cross my path just as the weather is turning from summer to fall definitely felt like a sign of good things to come.

Fall is my favorite time of year, and each season I try to soak up as much foliage, pumpkin spice beer, and scary movies as possible before Halloween. I’ve discovered many fascinating mysteries, thrillers, and horror movies over the years, and will be recommending some each week. This week features documentaries that seem almost too strange to be true. Enjoy, and let me know if you have a film to add to the list!

One night in November 1976 Randall Dale Adams accepts a ride from teenager David Harris. Harris is driving a stolen vehicle and, later that night, when Dallas police officer Robert Wood pulls the car over to check its headlights, he is shot and killed. A jury believes Adams is the killer, but Errol Morris’ classic documentary explores the role of Harris’ perjured testimony, misleading witness accounts and police misconduct in the verdict.

Filmmaker Bart Layton chronicles the tale of Frederic Bourdin, a con artist who seemingly tricked a Texas family into believing he was a relative who disappeared years earlier.

Two filmmakers investigate the disappearance of five children and the real boogeyman linked to them.

Joshua Zeman and Rachel Mills investigate the true crimes that may have spawned urban legends.

World-renowned magician and escape artist James “the Amazing” Randi dedicates his life to exposing fake psychics and others who claim paranormal powers while harboring his own secret.

In 2001, 28-year-old Dr. Andrew Bagby is found dead in a park in Pennsylvania. He had been shot by his ex-girlfriend, who then fled to Canada, where she was able to walk free on bail, pregnant with Andrew’s child. Andrew’s enraged parents campaign to gain custody of the child and convict their son’s killer. Filmmaker Kurt Kuenne pairs this story with home movies and interviews with those who knew Andrew, hoping to give his best friend’s son an opportunity to discover who his dad was.

Saturn lines up with the moon and will be visible just after sunset. According to National Geographic, “As you gaze at Saturn, spinning more than 869 million miles away, NASA’s Cassini spacecraft will be getting ready to take its death dive into the planet’s thick atmosphere after touring the Saturnian system for more than 13 years.”