I never thought of the fireplace mantle in a home as a focus of self expression until I owned my own. I figured I would hang something over mine eventually, but it was not priority over my initial projects in the house, which were painting over dated wallpaper and exorcising cat hair.

When I first moved in mid September, the mantle was decorated for the string of holidays that run though October, November, and December. Once January hit, and it was bare again, my mother started pushing for permanent decor. “You need to decorate your mantle!” she would insist, every time she visited. “It leaves this room plain.” Soon after a flurry of pins showcasing mantles adorned with  various decor began streaming my way.

They all had a common formula, large mirror with a framed picture leaning on it, with several other small items surrounding. My reaction to them was lukewarm. I liked the idea somewhat, but wasn’t sure where to start, or how to make it my own. I wasn’t sure if I wanted my own mantle to match a hundred others on the internat. My procrastination continued.

The final push came when meeting her and my stepfather  for  dinner. She mentioned she had something to give me before we left. It turned out to be a large mirror they were no longer using stowed away in the back of their Jeep. My stepfather had painted it a matte black (my favorite color) and it was ready to be hung above my mantle. After seeing the sleek black frame I was ready to give the mantle formula a try.

While starting the search for additional curios I also took another piece of advice that my mom gave me about decorating my new home in general to heart as well. Take my time, and find things I really liked. If I did that, regardless of formula, the little space above my fireplace would still reflect my eclectic taste.

The first find was a black amethyst vase I found at a flea market. During a later trip to the same market, I found a mermaid statuette to perch in front of the mirror. I already had a black frame I had received as a wedding gift, but needed artwork to fill it. I eventually found the perfect print, a page of starfish illustrations from Allgemeine Naturgeschichte fur alle Stande by Lorenz Oken, during a third trip to the same flea market. I admittedly did not know it at the time when I bought it for $9.00, I just liked it when I saw it.

Now that I had filled in the middle, I began to look for smaller objects that would round out the edges and continue the growing marine theme. I found a large purple sea urchin and small black beetle preserved in resin at The Sleepy Poet, an amazing antique mall here in Charlotte. The candlestick was a accidental find I stumbled upon at Hobby Lobby on a lunch break. It may not be a vintage piece, but it balanced out the right side of the mantle, and matched the vase well enough.

The final addition, ultimately, was a third piece of advice from my mother that came on a chalk board sign she made me for Christmas bearing the message, “See the beauty in everything.” It was the perfect piece to fill the empty space next to the mirror. 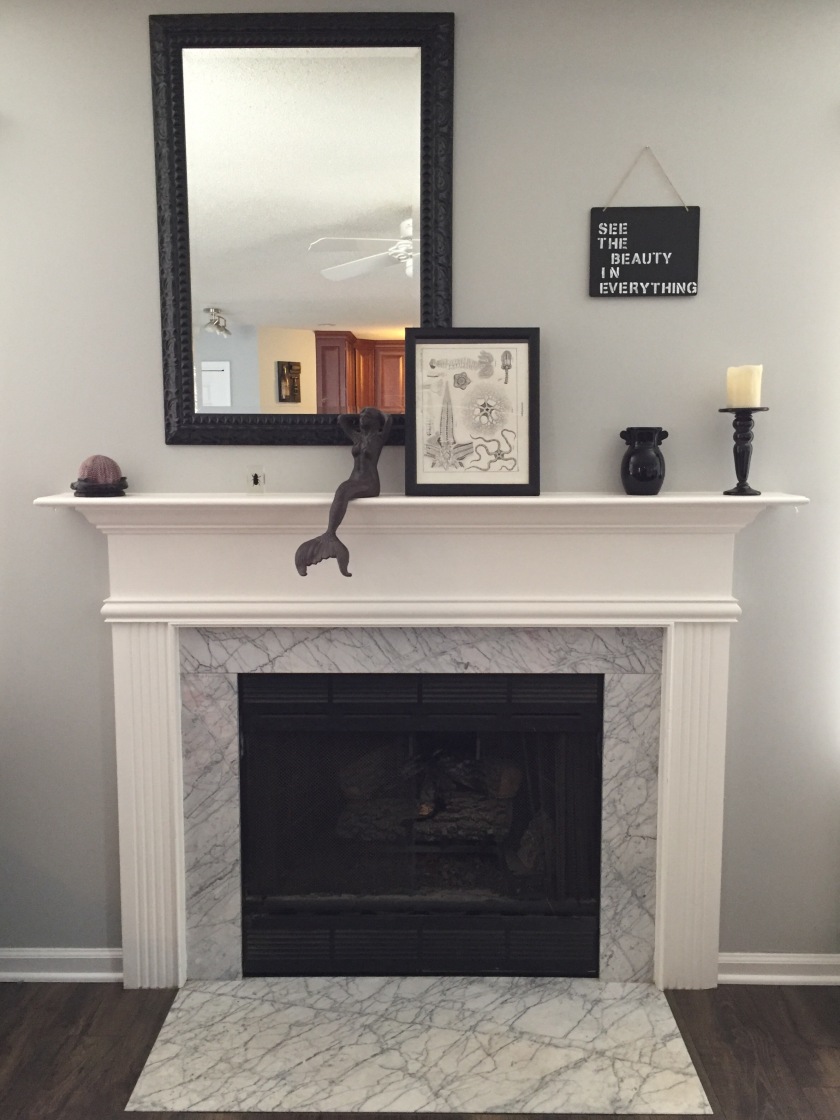 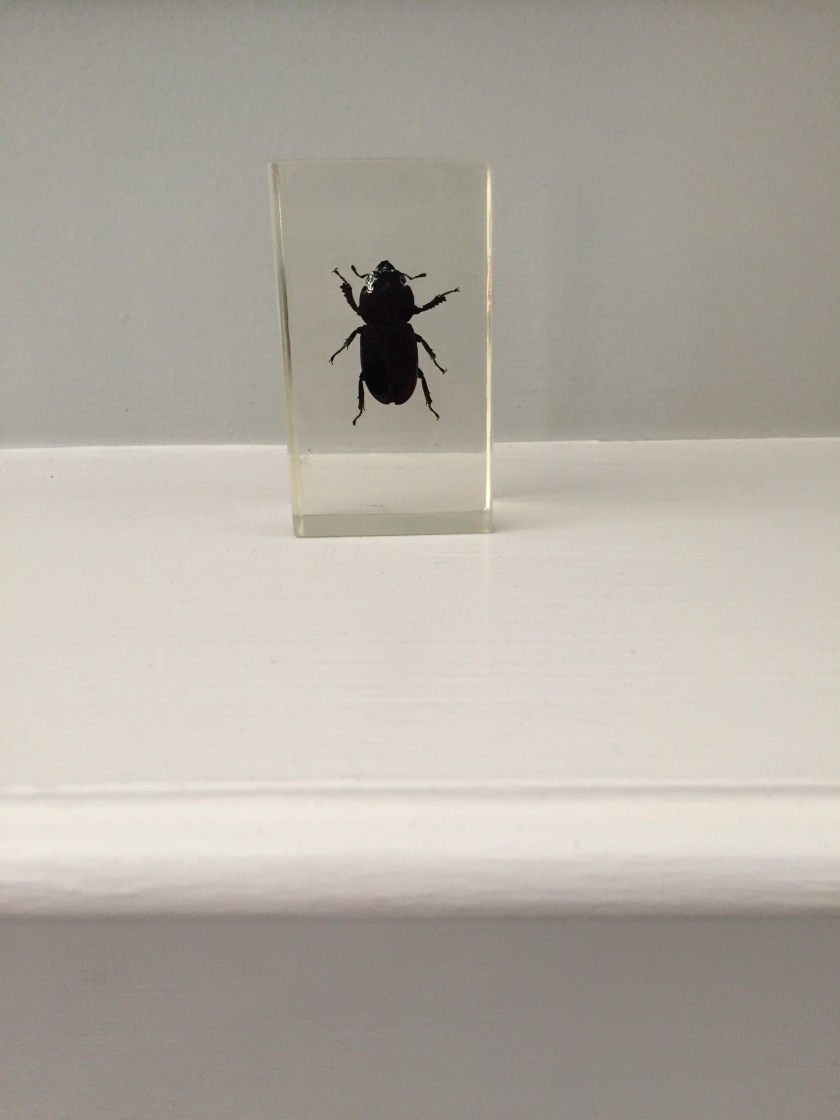 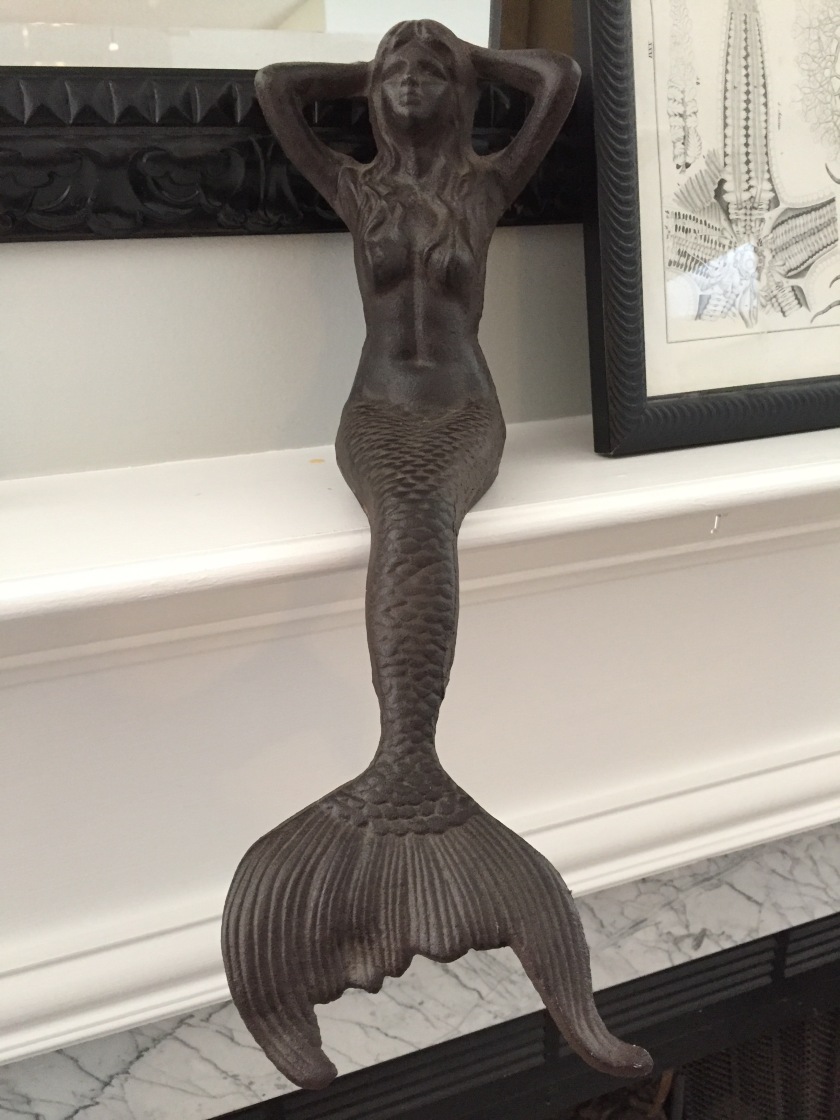